I’ve been watching with a great deal of intrigue as practitioners across the landscape of the communications industry struggle to derive tactics and strategies that can meet the spirit of the FTC’s fairly clear guidelines that “material relationships” must be disclosed in a manner that is “clear and conspicuous.” 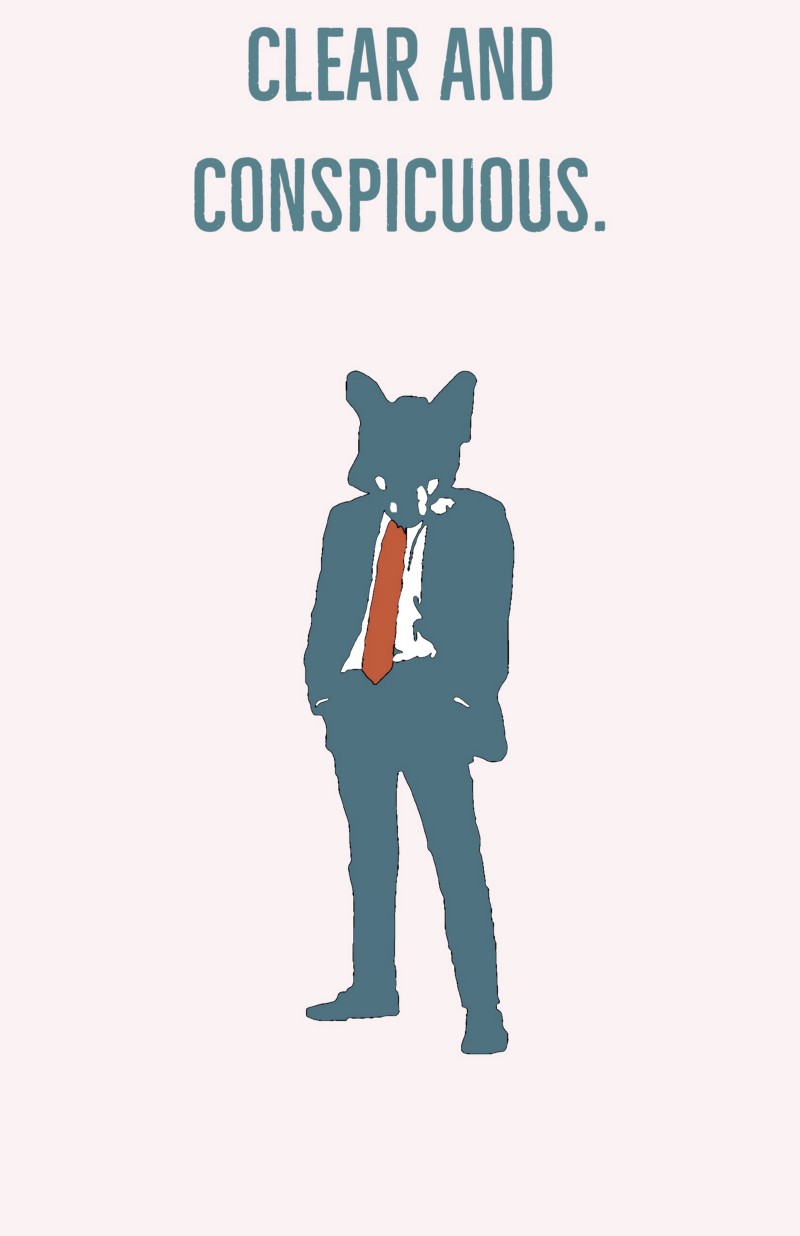 I should revisit that statement.

I’ve been watching as digital marketing practitioners struggle to derive tactics and strategies that meet these guidelines, and I’ve been shocked to find far fewer voices in communities made up of traditional marketers.

Join me, if you will, in imagining a hypothetical spot that will feel immediately familiar.

There’s a catchy tune playing as we fade in on a close up of a well known chef, sweat rolling down the brow as the camera follows the path of the chef’s arms. We’re next greeted with a pan across a series of knives, followed by a close up of the blade of one knife in particular where a brand logo is visible for the first time. We’re then presented with a bit of knives being used to cut food. vegetables, probably — you know, prep work.

an announcer tells us:

“KNIFEBRAND. For When You’re Ready To Get Serious About Your Cooking.”

I can imagine a number of circumstances where precisely this request comes across the desk of a CD/ACD because I’ve lost count of the number of times I’ve been asked for it.

I usually just say “no,” but that triggers the “karl is mean” reaction, and so I’m trying to get a little bit better about highlighting the “why.”

The hypothetical ad wants us to remember a tag that associates the line of knives with “serious cooking,” and uses the presence of a professional chef to highlight just what is meant by “serious.”

The juxtaposition of shots of knives being used for prep work, the knives themselves and the chef suggest that these things belong together. 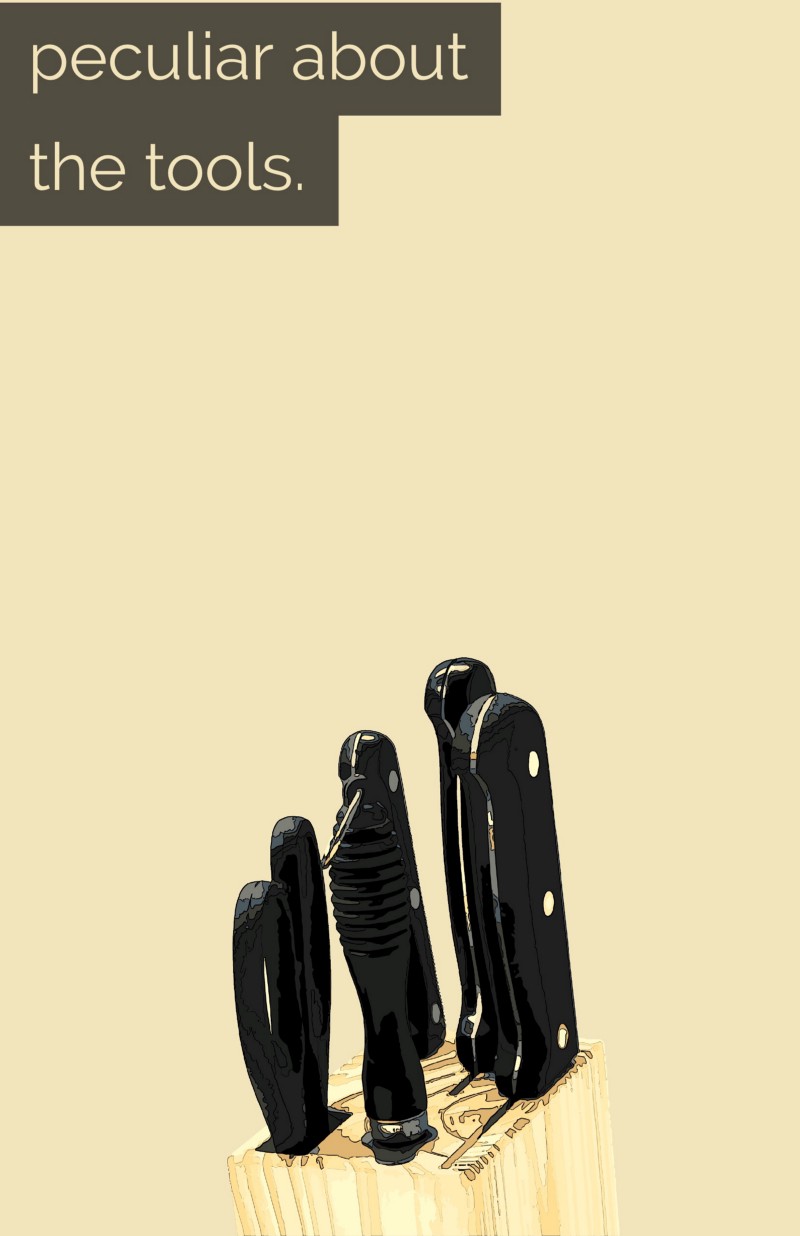 Chefs are rather peculiar about the knives they use — and I’ve observed this behavior in every business we’ve worked with across the category. The trouble is, does the chef actually use the knives?

Would the chef ever use the company’s knives?

No way of knowing.

Did the company pay the chef to claim to use the knives knowing full well that the Chef had a different preference?

That would be sinister, but from the outside, a viewer has no way of knowing.

It doesn’t matter that in our hypothetical ad the chef didn’t say anything, because the implication of the framing was that our Chef used *these *knives, and, if you’re serious about cooking, you should too.

Why does that matter?

The fine folks at the FTC have an answer.

“Endorsements must reflect the honest opinions, findings, beliefs, or experience of the endorser. Furthermore, an endorsement may not convey any express or implied representation that would be deceptive if made directly by the advertiser.”

“An advertiser may use an endorsement of an expert or celebrity only so long as it has good reason to believe that the endorser continues to subscribe to the views presented. An advertiser may satisfy this obligation by securing the endorser’s views at reasonable intervals where reasonableness will be determined by such factors as new information on the performance or effectiveness of the product, a material alteration in the product, changes in the performance of competitors’ products, and the advertiser’s contract commitments.”

Our hypothetical Chef ad would have a few other problems. That’s because:

In our example, we’d have skirted this guidance by selecting a “popular chef,” but that isn’t really accomplishing any work to qualify the credibility of our expert.

Why is that a problem? The FTC once again provides a bit of guidance:

“Although the expert may, in endorsing a product, take into account factors not within his or her expertise (e.g., matters of taste or price), the endorsement must be supported by an actual exercise of that expertise in evaluating product features or characteristics with respect to which he or she is expert and which are relevant to an ordinary consumer’s use of or experience with the product and are available to the ordinary consumer. This evaluation must have included an examination or testing of the product at least as extensive as someone with the same degree of expertise would normally need to conduct in order to support the conclusions presented in the endorsement. To the extent that the advertisement implies that the endorsement was based upon a comparison, such comparison must have been included in the expert’s evaluation; and as a result of such comparison, the expert must have concluded that, with respect to those features on which he or she is expert and which are relevant and available to an ordinary consumer, the endorsed product is at least equal overall to the competitors’ products. Moreover, where the net impression created by the endorsement is that the advertised product is superior to other products with respect to any such feature or features, then the expert must in fact have found such superiority.” (emphasis added)

Now that is not to say that an ad such as this is entirely unworkable. Say we had managed to recruit a chef who actually did use KNIFEBRAND, and had settled on it after years of searching for the perfectly weighted blade.

Pretend our team at KNIFEBRAND kept detailed records on our customer, and we knew that influencer chef frequently wrote in with detailed questions about materials. Pretend that those detailed questions later became part of the customer discovery interview process and that ultimately we decided as a team that it made sense to employ our loyal customer in a marketing capacity. 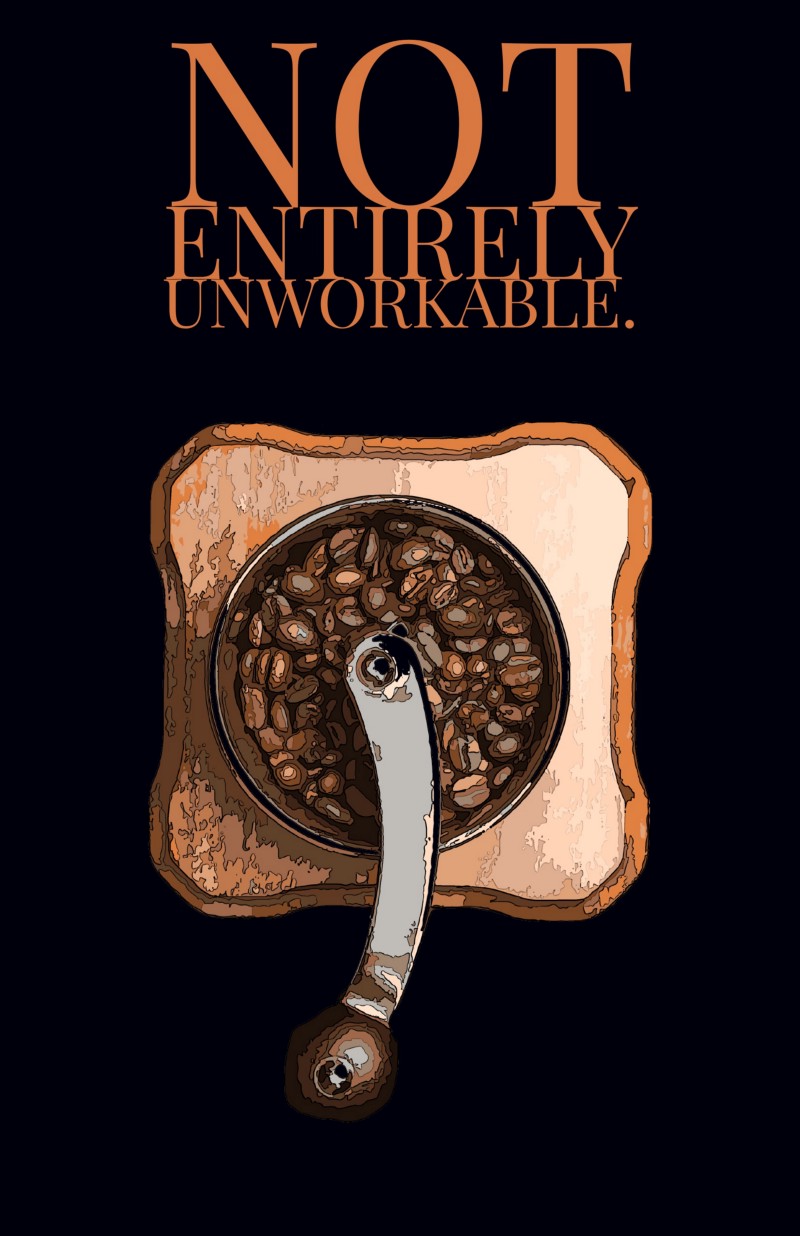 Pretend that the fine folks on our team at KNIFEBRAND knew that their knife was superior because of a proprietary application of a bit of science — and that the organization kept detailed records about the general applicability of each of the claims our chef had made.

Well, in those circumstances, you could probably imagine a much stronger treatment of the endorsement, couldn’t you?

Generally by the time you’ve gotten to the place where you’re regularly producing spot, you’re working inside of an organization where you already have a legal review capacity — but as startups increasingly incorporate programmatic TV buys in their marketing trenches, we are likely to see an unfair application of enforcement budgets as it’s simply more practical to start online.

Pure speculation, but the 90 day letter sent out to 90+ Influencers is a pretty good indication of where the priorities are. I expect that as we near August we’ll learn more about just how these rules will be put into effect.

While there is certainly a reasonable debate to be had amongst industry professionals and legal experts about the extent to which it’s right to consider a website an “ad,” and what should be done to reign in the copious abuses of the spirit of the regulatory framework readily observed between any block of television content, the agency has put a tremendous amount of work into assembling a rather helpful collection of resources that explain precisely what they think is and isn’t “ok.”

If you’re somewhere along the path of building a business out of the ethereal world of ideas, *especially if you are doing so the “old fashioned way” *where “labor” is more readily available than “capital,” it’s a good idea to start brushing up (and for that matter, scheduling appropriate conversations with experts who can guide your specific circumstances.)

“where the message is advertising, online disseminators have an obligation to ensure it is not misleading, just as marketers using traditional media do. This includes, when it’s not otherwise clear from the context, identifying when the endorser has a relationship with the marketer.”