Early reactions to iMessage stickers weren’t significant, but folks like Yono were quick to check it out. I’ll admit I’ve found myself unable to resist the temptation, and have also rolled my sleeves up to get into the fray.

It’s one of those things you get, or you don’t — but when it comes to assembling the assets for an iMessage sticker pack? It’s pretty simple!

There’s a reasonably well-defined style guide, and the truth is most teams will have many of the necessary assets hanging out in a folder on the shared drive. It could take just an afternoon of work to launch your first sticker pack.

…or would have been.

In recent months a proliferation of image-only stickers has meant that the market has matured a little. If you’re paying attention to the top sticker packs, you’ll notice that many include some degree of animation. Others rely on familiar characters.

But familiar characters aren’t enough. One of the earliest players in the space was the Disney company. Disney has a rich library of assets to work with, and one has to look no farther than LINE to find a precious opportunity to study best practices and learn lessons from earlier attempts with stickers.

Disney’s first collections of apps were simple. They included favorite characters with blurbs and static poses. They were generally priced at 1.99 (as are the majority of the apps on the platform.)

Now, this isn’t generally true, but I noticed this a few months ago with some curiosity and didn’t give it much thought.

That is until I took the opportunity to pick up one of the recently updated sticker packs I had had on my App Store wishlist. 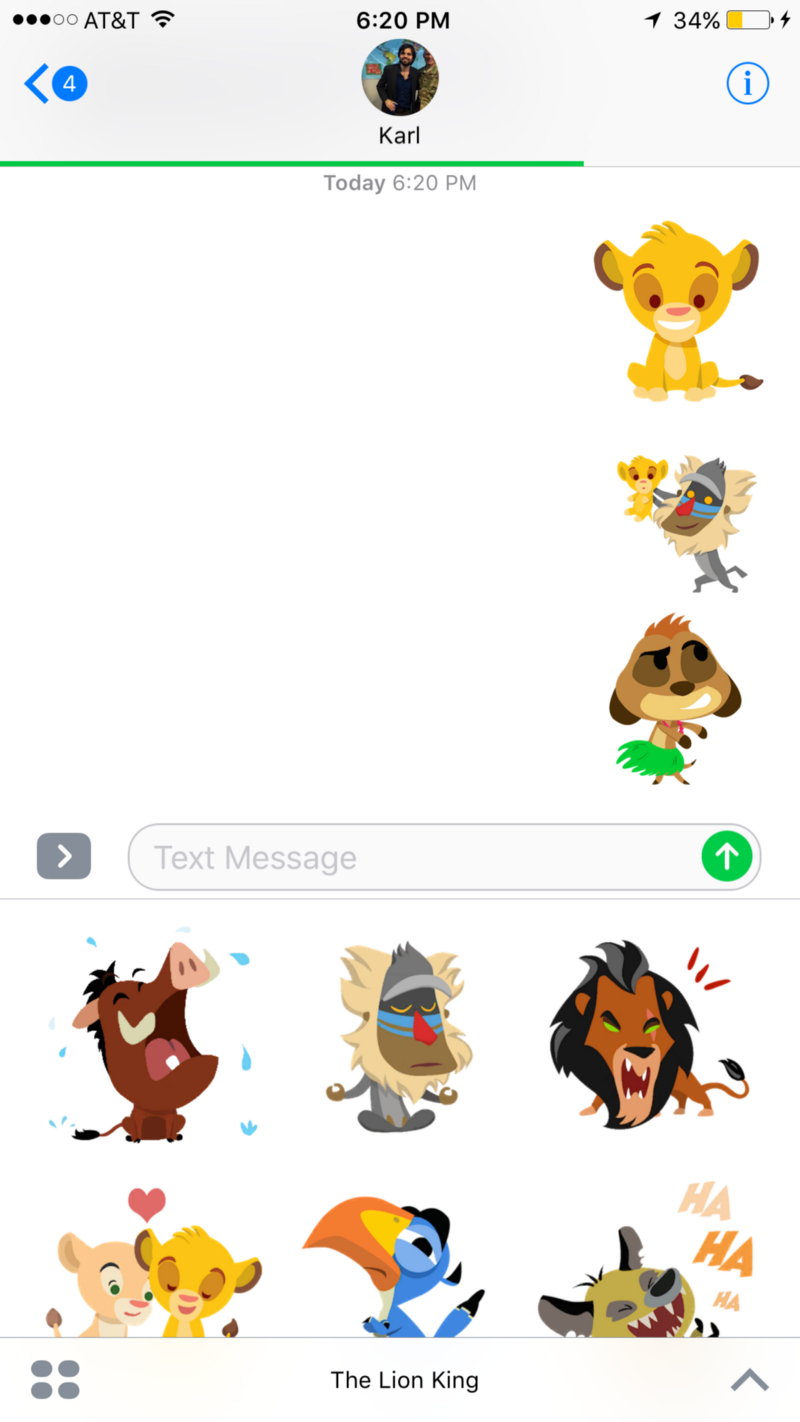 And while you can’t quite tell here, each one has animation. 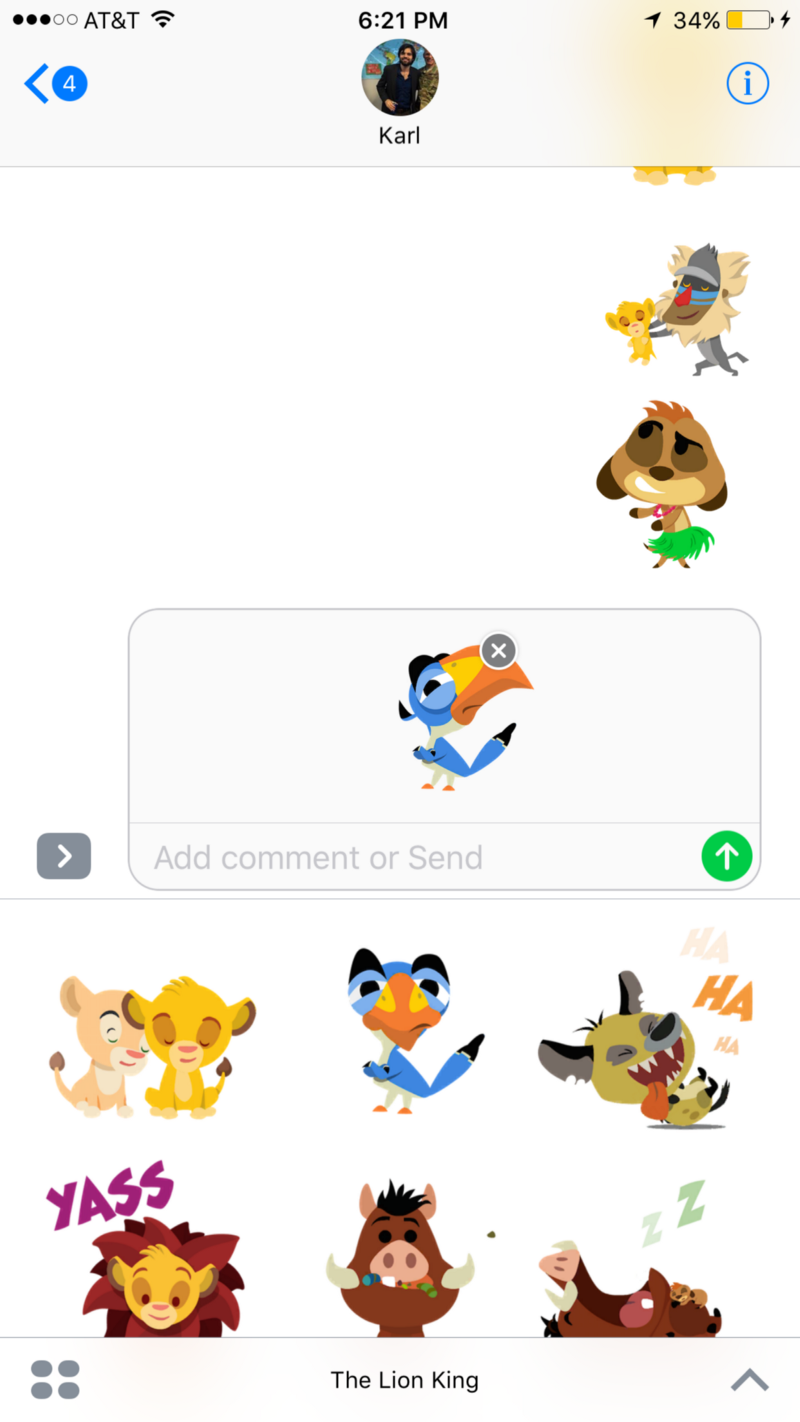 It is a great set.

So great, I turned around and grabbed one more. 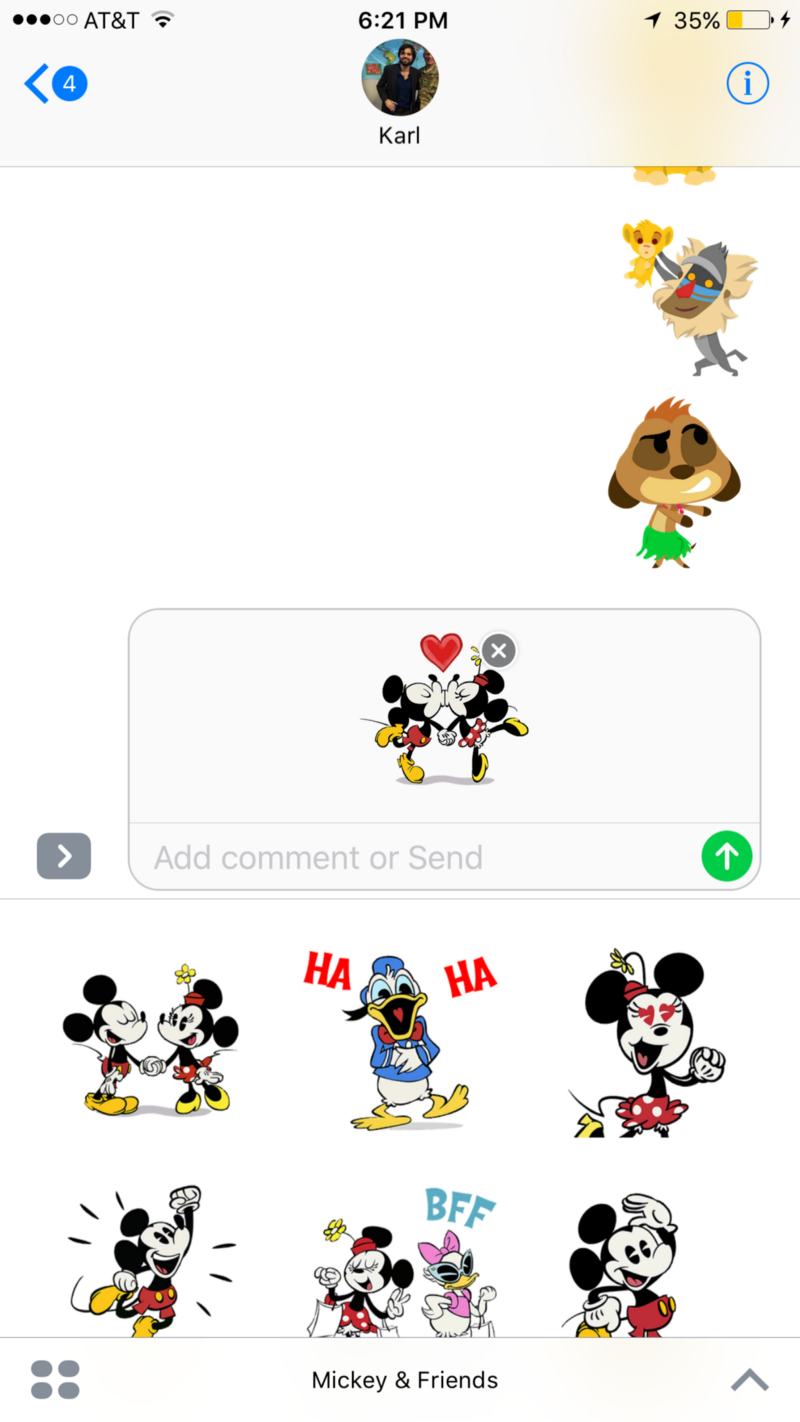 As I scrolled, I contemplated looking for a third pack and wondered what other assets the team had converted into iMessage sticker form.

And then I saw that like all great Disney products; this one ended with a trip to the gift shop. 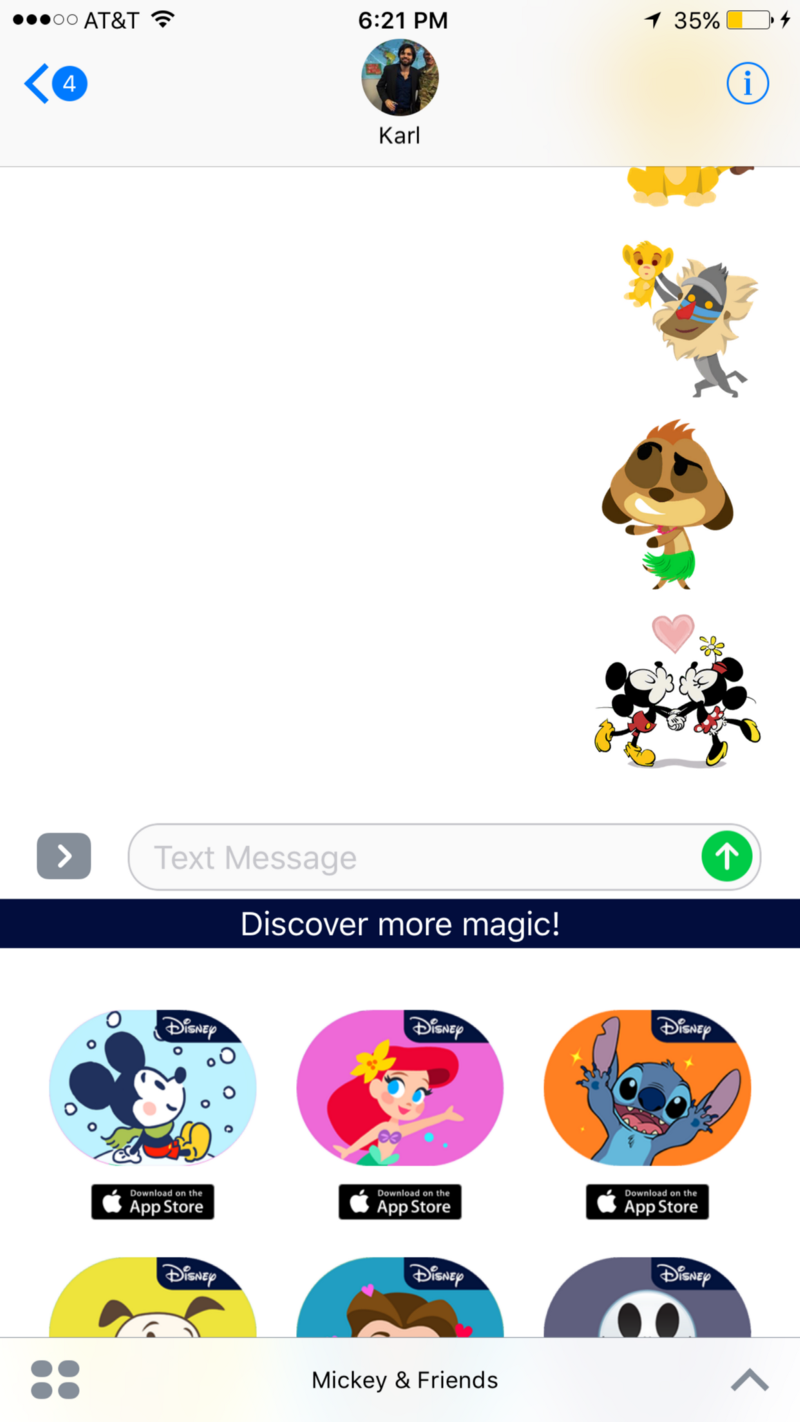 I can’t tell you from a distance if stickers are the right fit for your project. They might make sense if you have a particularly rich visual library or if you have something to say that can best be expressed with small, shareable graphics.

It might sound as though they might not do much of anything for your business, and the truth is it will be a challenge to measure the impact they have. Directed nostalgia like that can be a powerful thing to share with your customers.

While you can’t always influence the way, your customers engage with your message emerging communications technologies like iMessage stickers can help to close the gap.

I can tell you anecdotally that I’ve spent more time with these stickers than I have with any of these underlying assets in years.

While that may not always translate directly into added sales, it has a real and perceptible value. Learning to measure and optimize for it is the trick to finding the best way to exploit a new opportunity like Disney has with these stickers.