Earlier today, I read that I and many other Noodles customers, were involved in a data breach.

(You likely were as well if you’ve visited in the last six months.)

It sounds like someone managed to exploit the point of sale system. Noodles issued this statement this morning. 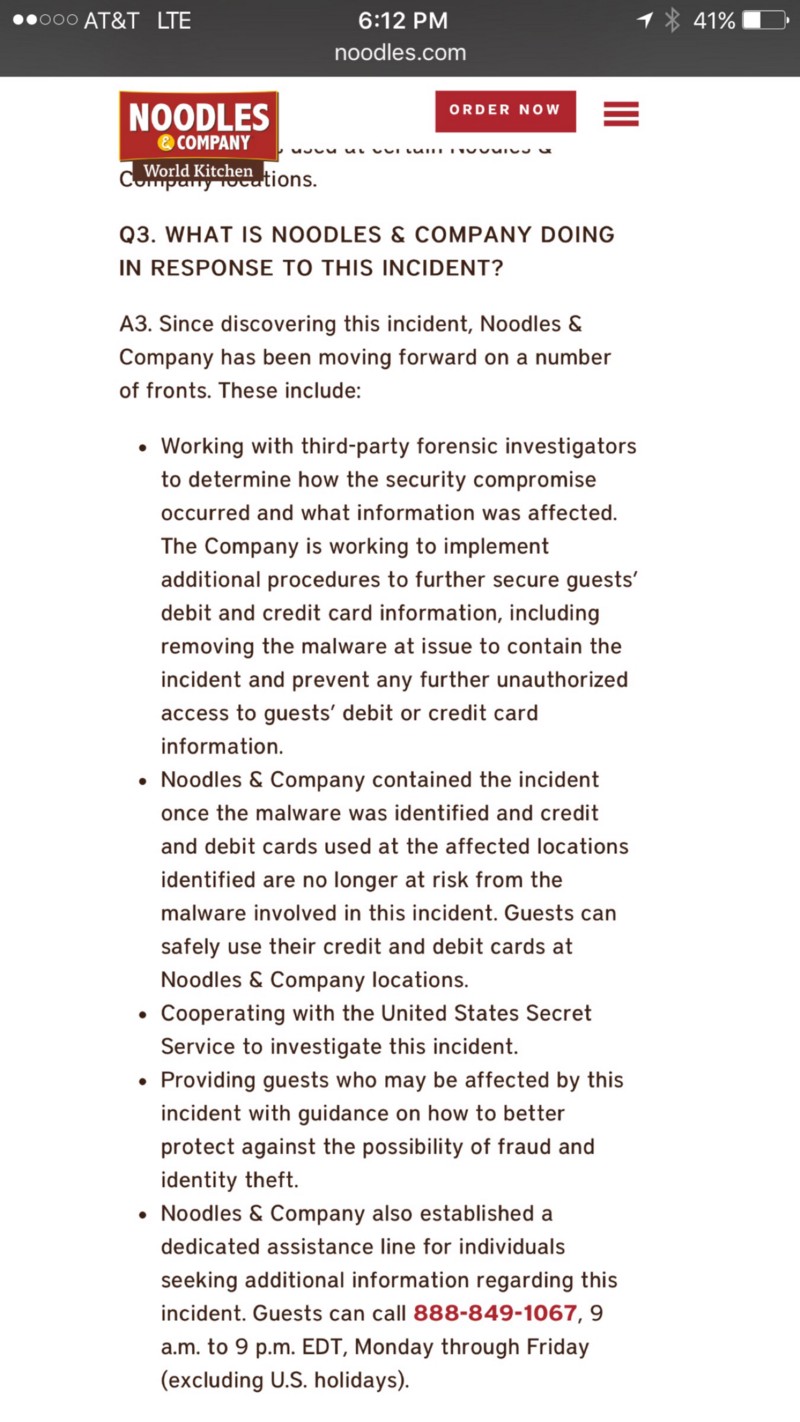 Here’s what I suspect these things mean:

1) We weren’t sure we could figure it out on our own, and we wanted to make sure we had someone to throw under the bus if it failed.

2) We’re pretty sure the problem was at set locations, and we’ve fixed the ones we’ve found. Less than reassuring given point 1.

3) Self Explanatory. The secret service is great at this sort of thing.

4) We’re not going to do any work to fix this problem we created for you, but we will link you to a few tutorials we wrote after watching YouTube videos that should only take you about five hours to follow on your own.

It’s become standard practice in recent years to offer consumers who were damaged by data breaches one year of a credit monitoring service. While there are serious questions about the efficacy of these offerings, they *do accomplish *the work of placing alerts on your credit file — saving you a serious amount of time.

There are even quite a few Colorado Companies (like IDWatchdog) who Noodles and Company could have contracted with to offer this service to the customers they have wronged.

As one of those customers, I was hopeful that perhaps the company was reacting quickly to a fluid situation.

It’s considered professionally foolish for an advertiser like myself to publicly challenge the behavior of a publicly traded company. Generally when ad professionals like myself notice a mistake like this, we discretely fire off an email to the team, and offer some resources to solve the problem.

So, in that spirit, I called the hotline to find out if there were any plans to expand the action to include actually taking care of the customers (like myself) who had been wronged. 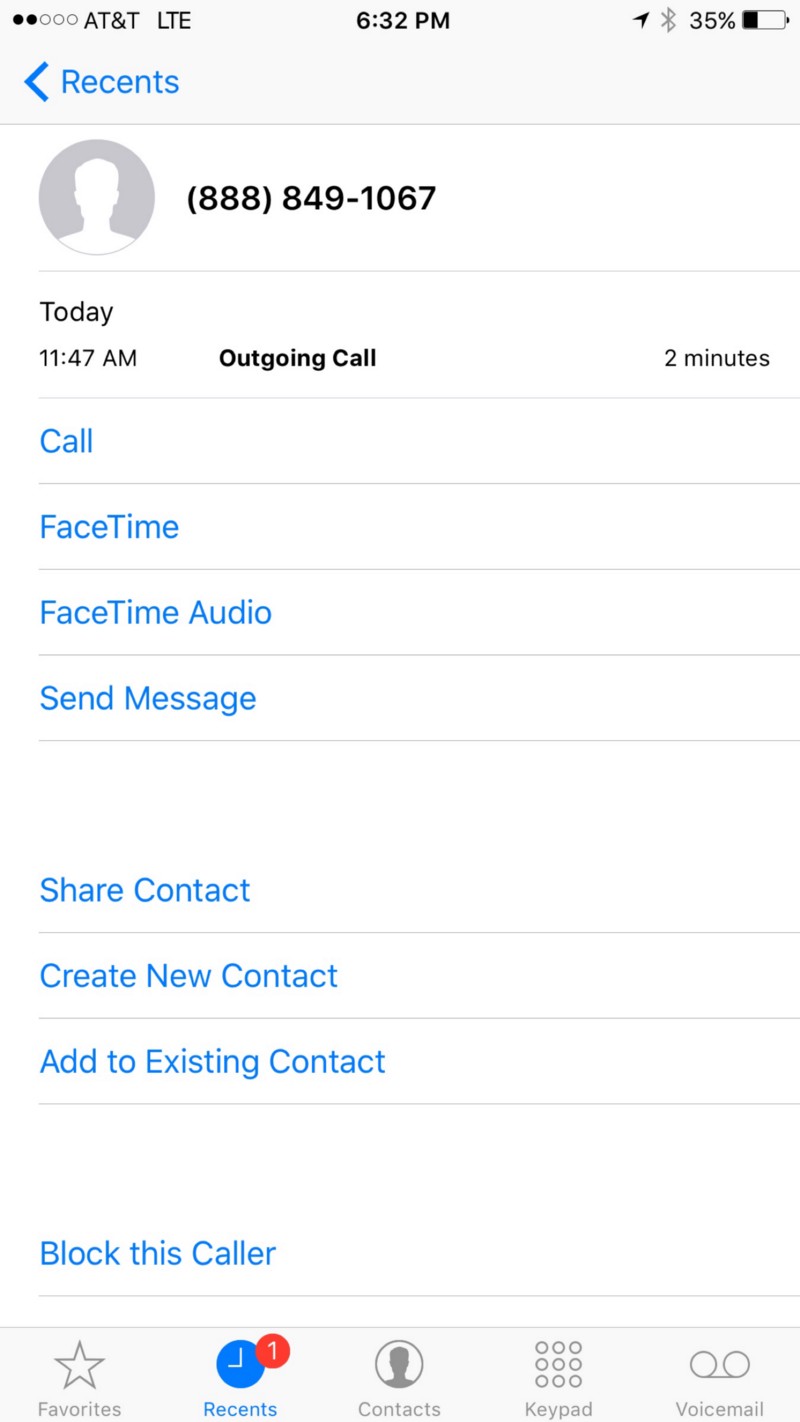 I explained my concerns to the agent and when she didn’t have an answer, asked if I could leave a complaint.

She agreed, offered to transfer me and promptly hung up.

There are serious and unsolved problems related to the way companies manage their credit card data. Merchants and processors are going to have to work together with governments and stakeholders to address these challenges — and it would be unfair of me to pick on Noodles for being breached. This sort of thing happens to every business — including my own.

But that doesn’t mean that when something goes wrong, you should follow a strategy like this one. Beyond being hostile to your customers, it ignores an opportunity to make what we in the industry refer to as ‘raving fans.’

See, bad experiences are commonplace. And when most people have a bad experience, they don’t jump up and down to complain. They actually just quietly stop consuming a product.

That’s a problem for all businesses, but it’s particularly rough on retail businesses that rely so heavily on repeat purchases and word of mouth to promote their offering.

That’s why every complaint is an opportunity. The customer who was previously willing to complain about your brand, is likely also a customer who is willing to talk about how great it is.

It’s not hard for businesses to learn to take advantage of opportunities like this either, the only trick is to learn to listen. Once you’ve heard the problem, and gotten a sense for the way it impacts your customers, you’re in a position to offer a solution.

And once you’ve offered a real solution (not just here’s how you can take care of yourself, but here’s how we’ll make it better) you’ve earned yourself a customer for life. Simple as that.