It was the fall of 2007, and I had finished my coursework early. I took the opportunity to walk along the University of Iowa’s campus exacting my vengeance on arrant leaves that had yet to be properly piled. As I walked I inhaled the crisp air. I felt the the change around me. But I felt something more than the renewal of fall. I felt a gnawing pain in my stomach.

I had had some trouble in the past and knew that if I spent a little time resting, I’d probably get right back on my feet. Recognizing this, I made my way across the walkways and cut through fields to return to my room as quickly as possible.

When I got back, I collapsed on the bed. I did what everyone does when they feel cold and alone, I slept.

I didn’t get up for a full two days.

This isn’t that story, and that’s not the important part.

So I looked around and took inventory of what I had in front of me. I had a television. I had a really fast internet connection. I had time.

I started obsessively consuming media. In one week, I watched every episode of The Jeffersons. I signed up for Blockbuster Online because they let you exchange DVDs for in-store rentals. I could queue up “deep cuts” online, copy them to my hybrid computer-dvd player and return them for recent movies.

I spent every hour I had, watching for every detail.

Normally I’d BackLink TiVo Here, But Michael Cronan Deserves It More. I looked at what worked and what didn’t. I looked at online reception to content. When I grew tired of one source, I’d simply queue up another source on my phone and pretty soon, I’d be watching three videos at once. (I do this still today, much to the chagrin of every person I’ve ever shared an office with.)

When it occurred to me that “professional media consumer,” was really only a job if you were willing to play the Academy game (and I was already at a pretty serious disadvantage there,) I started using my TiVo in a way that would likely give Ira Bahr a heart attack. I started using my TiVo to skip programming and watch ads instead.

It wasn’t long before I noticed that smaller and smaller brands were advertising on TV.

I had developed a strange relationship with media during this time, and I think rightly or wrongly I felt that TV was an untouchable. I thought, like many digital marketers, that for a brand to get onto TV it had to have accomplished some herculean feat of business development.

So when I noticed the emergence of small brand advertisers, I dismissed it as a sign of the collapse of the medium.

Time went on, and I got better about knowing my limits and how to apply my insights and developed some vague idea of where I wanted my life to head. 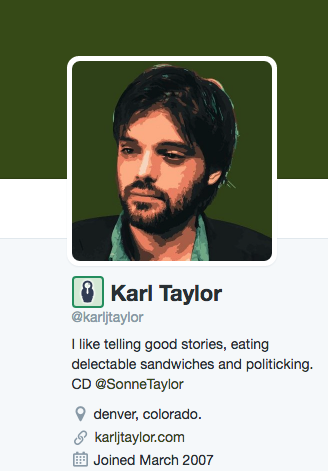 Proof Of Early Adopter In-Door Kid Status. I had always been an early adopter. (I think my mom might still have my old AskJeeves Kids T-Shirt and to this day one of my favorite childhood accomplishments was getting a joke on PBS’s proto PBS Digital Studios kid’s show Zoom)

That’s come at a cost. One of the more dramatic tolls, was that I was very quick to dismiss things that felt like the “old world.” I had to be. The old world didn’t have a use for people like me, and on the horizon, I could see a world where everyone valued the voice of an individual more than “conforming,” to the status quo. I jumped in with both feet.

I had a lot of early successes as a digital marketer. The platforms were new enough that the only people who had consumed as much media as I had were hidden away making TV happen. I knew what worked because I knew what had worked before.

I knew that brands couldn’t run ads that said “Widget 5$” anymore, because they had run those ads since the 1980s, and there’s only so much you can yell at a person before the abhor the idea of becoming a customer.

I was a rising professional. Digital Marketing was my canvas — but I wasn’t doing anything new. I had stumbled into one good bit of luck by figuring out that combining old world data and new world distribution channels was the way to help brands stand out and fight against entrenched competitors.

I carried on. One success lead to another and by the time I had built a playbook that got a team a lot more success than they’d have otherwise found, I had enough experience to hang up own shingle and start my own venture.

One of the first clients we worked with wanted help launching a local restaurant. My business partner, Jeromy Sonne had fallen in love with the product (a good sign) and I was impressed by the founder’s dedication to bringing an authentic experience to the members of the community.

We put together a digital playbook that ran ads across channels in three episodic bursts. Each burst targeted a progressively wider audience (which any good digital ads guy will tell you, is a great way to build momentum,) but the client wanted more. The client wanted a billboard. Hats. The works.

I decided we should troll the competition.

Jeromy Sonne pulled a map of all of the different places that our client’s competitors had a storefront. We cross-checked the storefronts and the availability of local billboards. I went to work designing an image that ostensibly suggested that if customers were unsatisfied with their food, they ought to bring their receipt from the competitor and our client would make it right.

That mix, the client’s vision the buy in, they all conspired to achieve success. But I’ve believed it was that brash display of confidence that worked — and throughout the launch, there were lines out the door and around the corner.

The lesson I learned from that success was more valuable though. I learned that I had to change the way I thought about old world media.

If you keep an eye out for media trends, you’ve likely noticed an increasing number of startups making ad buys on television.

I can’t speak to specific cases because I don’t have the customer data to evaluate the performance of the work of the marketers who have decided to take this leap.

What I can tell you is that over the years, an increasing number of digital marketers are softening on the digital part. As we age and mature, we start to look at digital like it’s just another marketing channel — a valued part of the promotional mix.

Coming up as a digital (or I guess direct response) kind of person puts you at a serious advantage for tackling a question advertisers and marketers alike have wrestled with for quite some time.

Don’t believe me? Give Rob Moffat’s “The Impact Of TV Advertising” a read.

If you haven’t, I (highly) suggest you check out Jordan Weil’s fantastic “Addressable TV: A Primer Written In Plain English”

Saavy marketers like the fine folks at Making Lost My Name demonstrate this agility beautifully. In “How We Made A TV Ad For Our Seed Stage Startup,” you can read about how the team applied the principles of cross-platform attribution to find an ROI for spot TV buys.

So now when we meet with a prospective client, that’s the first thing I look at once we’ve sized up the market. Who is this business trying to communicate with, where are those people, what media do they consume and what do they value.

More often than not, when I ask myself those questions these days? I have to consider spot TV.

And that’s how I learned to stop hating and love TV.