Jargon cuts like a two-edged sword. Amongst experienced career professionals, a solid working vocabulary can help to build cohesion and speed up velocity.

The trouble is, not everyone has enough experience to identify the context within which a phrase is being used. To make matters worse, people don’t usually raise their hand up to ask a question about something they think they understand.

If there’s one phrase start-up types are guilty of running right into the ground, it’s “value added.” 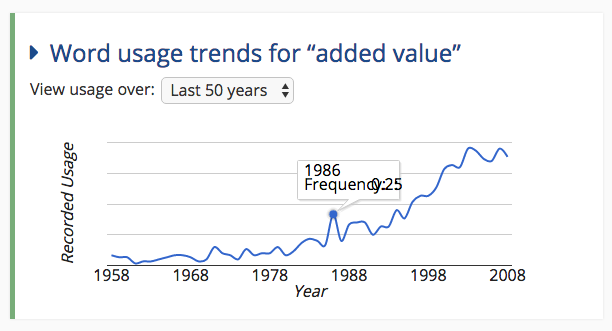 Word Usage Trends For “Added Value” While the graph I’ve included above traces usage as far back as 1958, sources suggest the phrase has been in and out of public discourse since 1954, when it was used to help management teams focus on forms of value that weren’t necessarily monetary.

The phrase likely originated in the manufacturing world, where it was most simply used to maximize the value a company could get from its raw materials. 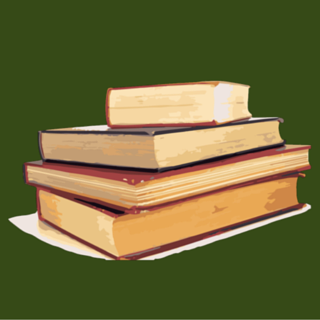 Some Of The Best Learning Is Hidden Away In Books In 1982, Arthur N. Turner wrote “Consulting Is More Than Giving Advice” for HBR. In the article, Turner suggests:

As early as the 1990s, researchers like Wanger A. Kamakura and Gary J. Russell had begun to work on ways that marketers could leverage these concepts to better model the intangible value created by a brand.

“When one receives value from another, they will be motivated to give back or share what they have received with others.”

In the later 2000s, marketers like Marcus Ho have championed the idea of value in articles like “How To Easily Create Practical-Value Content To Add Value To Your Audience.”

Today, you don’t have to look very far to find applications of this idea all over the place. Just take a look at Venture for America’s article “New Kid On The Team? Here’s How To Add Value And Earn Respect,” or Jan Sessenhausen’s challenge “It’s Entrepreneurs That Make Companies Successful” or Andrew Wisniewski’s “Value Added” podcast!

But today, I wanted to share one practical example of how you can apply this powerful technique to growing your business, and I’ve got a real person to credit for it.

Those who closely follow our efforts to change the way marketers think about people we advertise to know that at S&T, we’re in the midst of a repositioning.

If You’d Like To See More, Check Out S&T’s Instagram! We’ve written about some of the details in the past, so I won’t bore you with those now. Behind the scenes it’s meant a lot of long hours bleeding into even longer nights. Any resources we don’t have devoted to client services (most) are being redirected into changing the way we represent ourselves.

As is true for most start-ups and SMBs, this means that more tasks are falling through the cracks than I’d like. 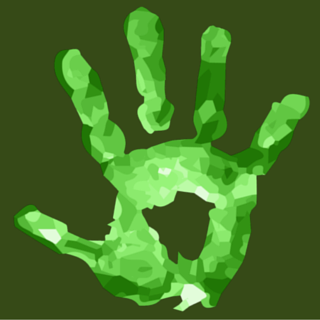 Even The Simplest Forms Can Be Appealing. When I rebuilt our web properties, I wanted to make sure that we were using resources that anyone could reach out and grab. That’s very important to us as one of core values is the idea that there aren’t any scraps when it comes to your digital marketing. Even the smallest teams in the world can accomplish amazing things by being scrappy about the resources they use. So, we decided to use Medium as a posting platform and integrate it with our website using RSS feeds.

One problem with off the shelf solutions is that they tend to break in inconvenient ways. For us, that meant that every time we posted an article or update with an image, our site’s responsive functionality would break.

I hadn’t had the to go through and figure out the problem and why it was happening. Which is why when I received this DM on Twitter, my eyes lit up. 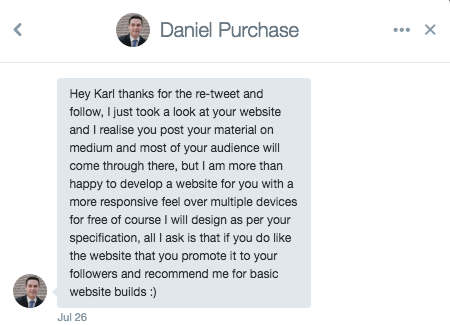 Everything A Marketer Dreams About. What Daniel understood was that when people “miss” something, it’s usually because they hadn’t thought about — or didn’t know that they needed to.

In my case, I had some familiarity with the problem and had deemed it “important but not urgent.” Daniel recognized the error in my judgement, and knew that solving my problem was within his skillset. 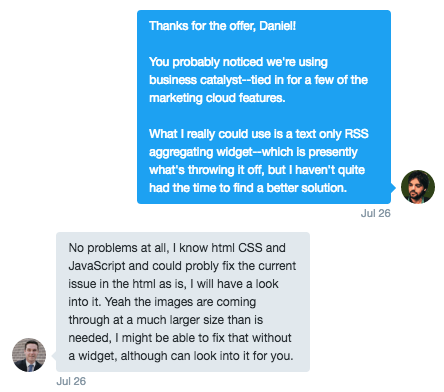 Context Is King I explained some of the context around the problem I was having, and Daniel recognized that he was still able to fix my underlying problem (which he had correctly identified) while delivering the thing I had asked for, just like Arthur N. Turner had talked about in his article on management consulting. 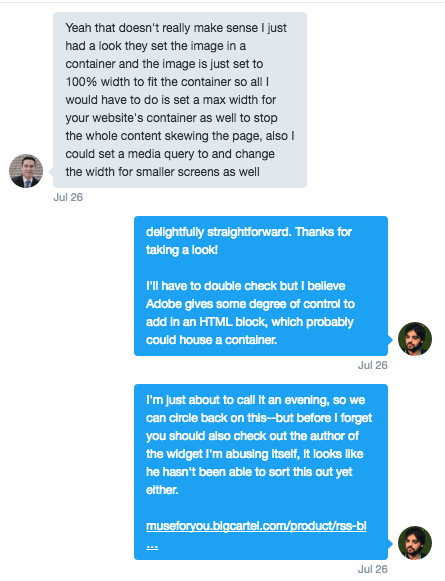 Time Zones, Ugh. The next afternoon, I awoke to a message from Daniel. 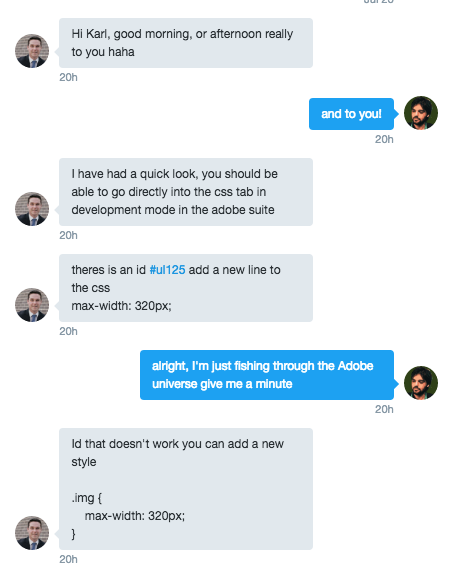 A Possible Solution! We found that this approach didn’t quite solve the problem, so we tried something else. 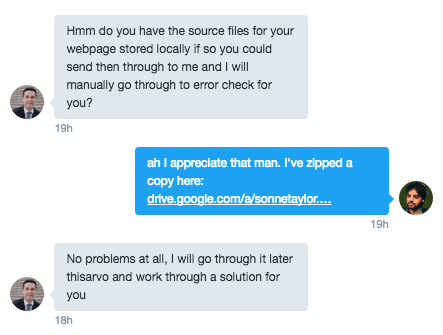 This Is The Best Part This morning I awoke to find one more message from Daniel. He had solved the problem. 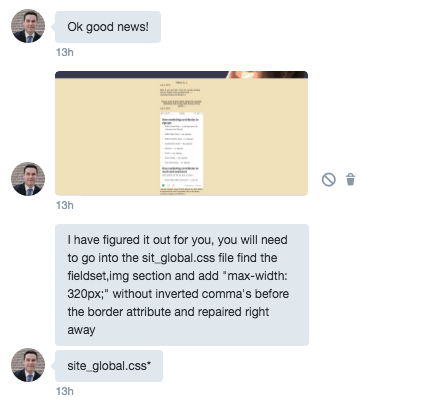 A Solution At Last! I can’t tell you how many web developers have tried to approach us through the “front door,” to varying degrees of unsuccess. What Daniel understood was that not every return has a value that’s easy to calculate.

Goodwill is the foundation upon which reputations are built.

Offering to solve a problem for a stranger is one of the best ways to build good will. This approach allows you to leverage the resource you have the most of (expertise) to begin to grow your business or career. 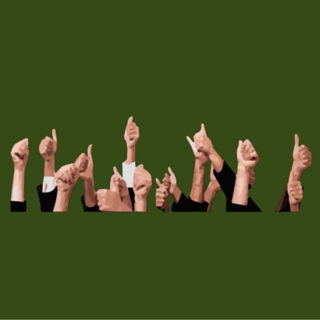 Sometimes that good will translates to a long-winded blogpost that’ll be seen by a few thousand people — many of whom are actively looking for help on more interesting and more complicated projects than this one.

Other times, that goodwill translates into introductions and recommendations. 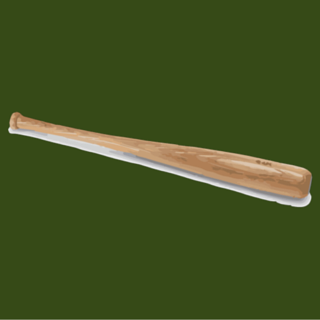 It’s A Home Run! By offering me his help in this way, Daniel did more than demonstrate his competence as a front end developer. By taking the initiative to identify a problem, offer a solution and putting in the trench time to come up with an actionable plan, Daniel demonstrated the ability to lead.

Which is why I wanted to take a moment to do more than just recommend his services. I’d recommend that in addition to considering him for front end development tasks (which, I most certainly do,) you learn from this powerful tactic.